The first and foremost tenet of Right Reason is the belief that duality of spirit and material, the physical and the supernatural, does not exist, and that God and man are indeed one and the same, rather than the duality imposed by many religions.

Despite this, Kanarski explains that reality is and always has been of many, rather than that of the few. Due to this patrons believe of an unlimited amount of types of substances and are considered to be pluralistic rather than believing in dualism or monism.

Reasoners believe that there is life on other planets in the form of energy. Their symbols are adopted from astrology, that represent the planets in the solar system. According to Reasoners, symbols, words, and sounds all effect the Universal metaconsciousness. Therefore, even the smallest of good can effect the plane of existence.

Kanarski teaches that reality is mostly a good thing. Even the smallest of stones on the ground are special and wondrous. However, many human beings have lost their way in appreciating the little things Earth has to offer. 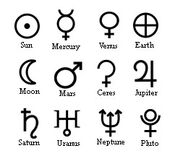 There are an infinite amount of Gods existing, but none of them are all-powerful or all-benevolent.

There are no absolute restrictions, but followers of Right Reason are advised not to eat meat from sentient beings, or seeds.

To Reasoners the reason why there is evil in the world is because our Universe and everything in it was made imperfect to begin with.

There is space between concepts and ideas.
Although from a distance, the collective appear as one identity.
On the deepest smallest level, everybody is living energies and cells.
Not everything fits into a set of categories.

Refined iron is stronger and more useful than raw ores.
Everybody must refine their thoughts, emotions, etc.
The idea is to make progressions.

Nirvana is rapid self transmutation.
The word Nirvana falls short of the real process behind the idea.
The word transmutation doesn't do justice to the art either.

There is space between beings and energies, too.
Yet at the deepest level, things can move faster than light.

Know that everybody has a force.
Know that even a tiny but true improvement can bloom like a tree from a seed.
Know that there is more than what one sees, not less.

Therefore, as one breathes in slowly, one must focus on absorbing the finest cosmic energies.
When one slowly breathes out, that person lets go of waste.
If one does this enough, it will start a new pattern in one's consciousness.
Many things effect the mind.
Be careful, even seemingly harmless ideas can use up years of one's precious time.
Likewise, rejoice, good ideas will also build upon one's life.

Try many variations of meditation.
Find what works best for oneself.
Find what increases and improves one's force.

The mindset of Right Reason is this.

It's up to the individual to learn what is best and what is worst.

On that level, there is going to be a lot of confusions.
Disagreements. Misunderstandings.

This is a lesson on piety. Hopefully this will clarify things.

1. Take care of child and babies if one finds any in need and without a good mother.
2. Don't waste time on fruitless tasks.
3. Don't eat large sentient life forms. Reasoners can have eggs, shrimp, fish, crab, lobster but not cats, dogs, or cows.
4. Don't waste money.
5. Purge oneself of negativity and hate, as fast and as completely as possible.
6. Develop unlimited love and appreciation for all of creation.
7. Do not make plans to harm or exploit.

If a Right Reasoner is willing to develop these ideas, then that person would be called a Reasoner Monk. If a Right Reasoner wants to call himself a monk, then he is one. This isn't something anyone can take away from a follower. This isn't something anyone can really give someone. Monkhood is by choice only. But if one tries to become pietous, then that is that person's life choice.

Retrieved from "https://nrm.fandom.com/wiki/Right_Reason?oldid=16055"
Community content is available under CC-BY-SA unless otherwise noted.